Skip to content
Enter Here To Win a iPhone X

How Xiaomi and Nokia’s Partnership Can Make a Big Impact In AR and VR Field?

Recently Nokia and Xiaomi have signed a new deal of collaboration making it one of the biggest news in the tech arena. And after this collaboration the focal areas in which both the giant will now work together are Augmented Reality shortly known as AR and Virtual Reality or VR.

Needless to say this will lead to the production of a number of highly exciting products in near future. Both these AR and VR are relatively newer arrivals in the technological field so far as their distinctive uses are concerned.

However there have been considerable experiments on them since long back. The main difference between them is that in virtual reality the user is presented with a completely artificial environment in an exciting manner whereas in case of augmented reality the environment is true and real but it is enhanced with some digital multimedia inputs placed on its top.

And now after this great alliance it is quite certain that we will get to see a good deal of further experiments on this two exciting phenomenon i.e. AR and VR.

Rajeev Suri, the CEO of Nokia, is very happy with this alliance and looks forward to continuously working with Xiaomi in different strategic projects in the years ahead.

On the other hand the CEO of Xiaomi Lei Jun who is also excited enough about the collaboration opines that Nokia is an indisputable leader in building high performing networks and software services and they will be happy to work with them in creating wonderful products for XIomi fans.

The new partnership between the two giants will enable both to cross license different cellular patents which will highly beneficial for both the companies. They have agreed to collaborate on several areas such as Internet of Things, Virtual Reality, Artificial Intelligence and most interestingly Augmented Reality.

It is important to note that Nokia had already tried its hand in augmented reality for a couple of time before this. The company made a small experiment on it in 2012 in form of Nokia City Lens equipped in Lumia 920 and 820. Again in 2013 when Nokia introduced new Windows phones it added similar feature onto them along with an AR app.

While the AR technology is already explored by Nokia at least to a degree, it is entirely a new endeavor altogether for Xiaomi and therefore they are quite eager to work on it for the first time.

Although it is still unknown as to what kind of product the joint venture is going to offer there cannot be any doubt that the output will be outstanding and exceptional.

Moreover this perfect union between two tech giants is sure to make great innovative products available to much more people as they both believe that everyone should have access to cutting edge technology.

Finally both the worldwide fans of Xiaomi and Nokia are waiting eagerly after this collaboration to witness what the future has in store for them. 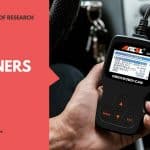 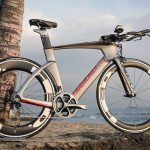